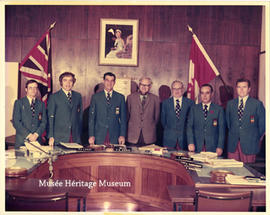 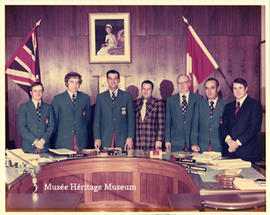 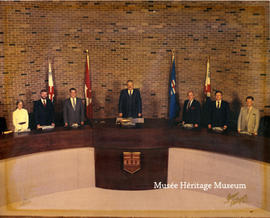 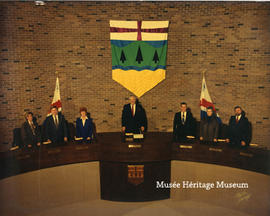 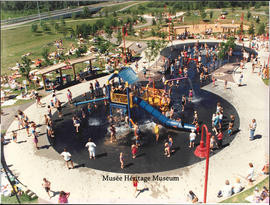 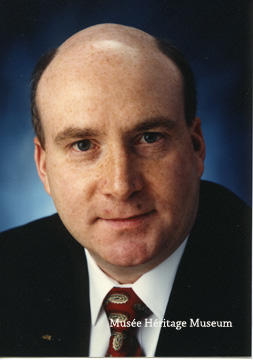 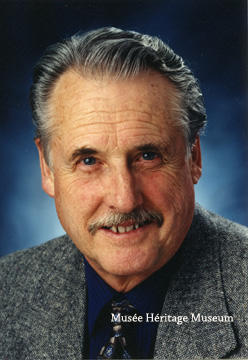 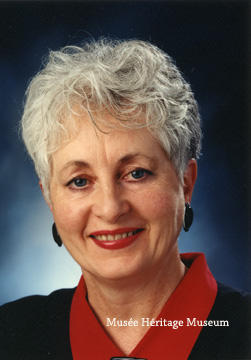 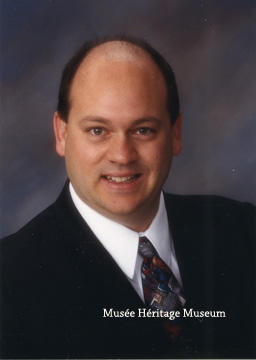 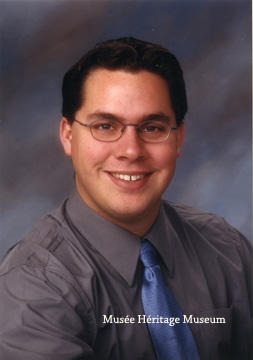 7 m of textual and other material.

Founded in 1861 by Father Albert Lacombe, St. Albert is the oldest, non-fortified community in Alberta and was the largest agricultural settlement west of Winnipeg. Father Lacombe, one of the earliest missionaries in the west, proclaimed Mission Hill home to the St. Albert mission settlement. He built a log chapel for ministering to the Cree and Métis. Father Lacombe Chapel, the oldest building in Alberta, is now a Provincial Heritage Site and has been restored to its original appearance. It is located on the north hill of the river and is open to tours from June to September.
St. Albert was incorporated as a village in 1904 followed by town status in 1962. St. Albert officially became a city in 1977.
Today, St. Albert is a city with over 64,645 residents. With more than 85 kilometres of trails, 1,100 acres of green space, the Arden Theatre, the visual arts studios, the Musée Héritage Museum and numerous special events.

This fonds consists of records pertaining to the governance of the City of St. Albert.