This file consists of correspondence and reports regarding the addition of ice surface at the Akinsdale Arena.
Akinsdale Arena was renamed Jarome Iginla Arena on Aug. 25, 2019. 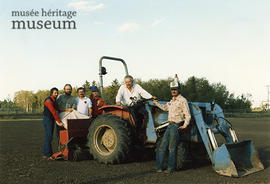 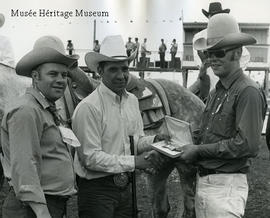 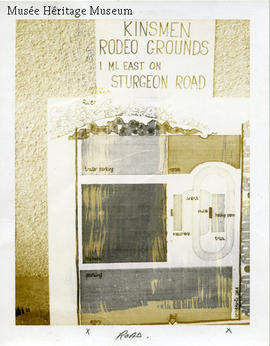 This photograph depicts a drawing of the Kinsmen Rodeo Grounds, 1 mile east on Sturgeon Road.

This file consists of a flip chart to lead discussion for new members of the Kinsmen club to learn about the Club and Association.