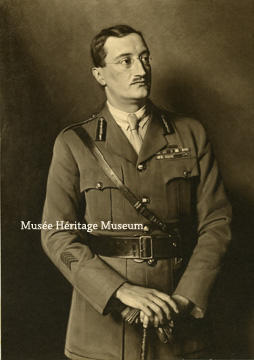 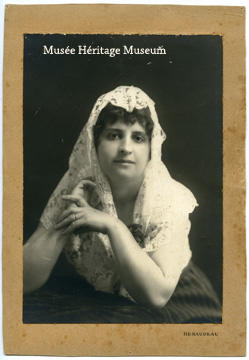 This photograph depicts Marie Calamun, Brutinel's wife, posing with a white lace veil on her head. 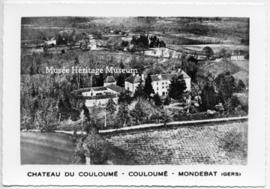 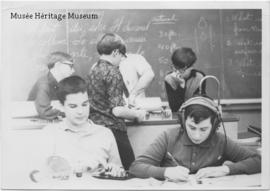 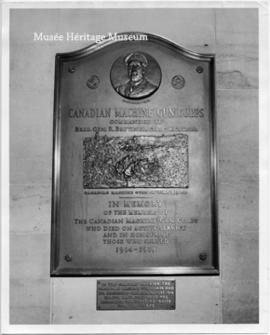 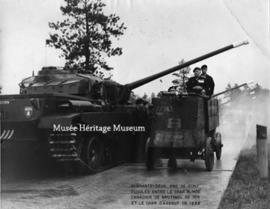 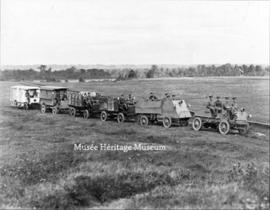 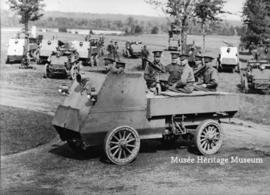 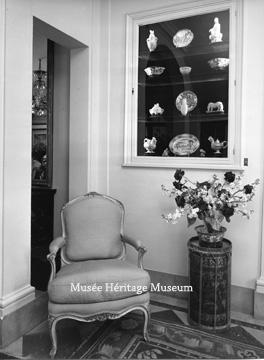