Image depicts the street car used on the Edmonton to St. Albert inter-urban railway which operated between 1913 and 1914. The train entered St. Albert near the present day Grandin Road, turned onto St. Michael Street to the present Bank of Montreal. Image used in The Black Robe's Vision on page 319. 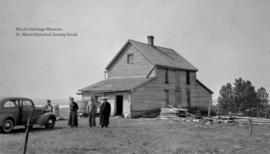 Image shows a house with a car and Benonie and Augusta Van de Walle with two unknown priests.

The house in the photograph that served as the first school in the Big Lake Mission would become the first home of Benonie and Augusta Van de Walle in 1919 and in 1937 became the home of the Sommers family who took it apart and rebuilt a home using some of the lumber. 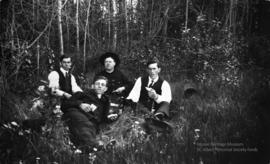 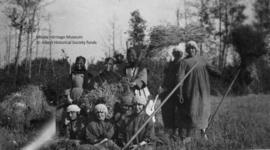 Youville Convent nuns and pupils working in a field

Seven students and three grey nuns are posed with rakes and/or pitchforks and straw in a field. The nun in the centre has been identified as Sister Thiffault. 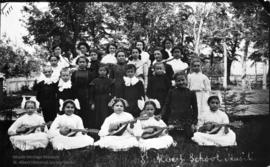 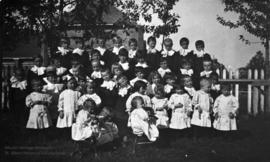 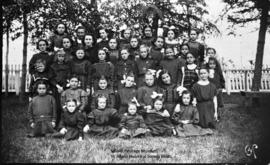 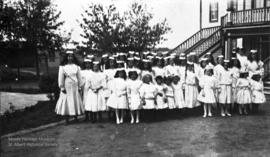 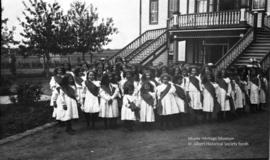