Photographs of events during the visit

File consists of photographs of the entire visit of King Hussein and Queen Noor to Alberta, consisting of such events as:

File consists of the official itinerary and the media itinerary for the royal visit by Queen Elizabeth II to Canada from June 27 - July 1, 1990. Also included is a photocopy of a Victor Post Photography order form for photographs from the royal visit, which is filled out on behalf of Premier Don Getty.

Series consists of Victor Post's commission work done for various organizations, corporations, events, and people. This series excludes his work done for the Province of Alberta. His assignments include photographs of dignitaries, official visits and events. Photographs also include St. Albert places and people. 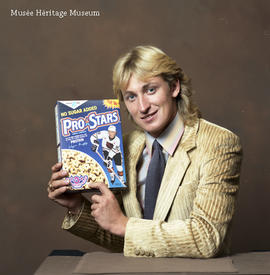 File consists of commission photographs taken for Canadian Airlines. Specifically, this file consists of photographs of the Alberta-Tokyo Inugural flight reception, attended by the Secretary of State for External Affairs, Joe Clark, Alberta MP Walter van de Walle, and a representative from Tokyo. 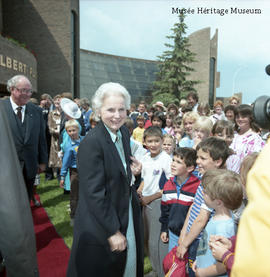 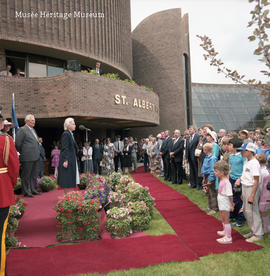