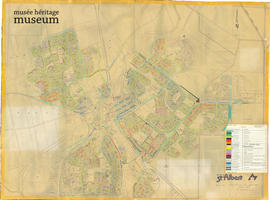 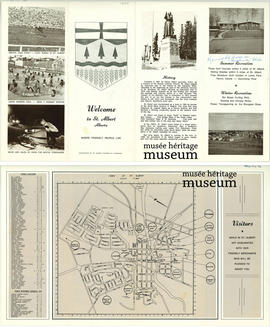 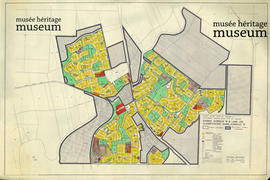 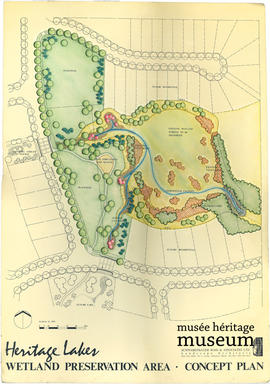 This drawing is a site plan for a proposed town park. The drawing consists of a printed brush superimposed on to an ink drawing. The drawing shows cross roads with the following references: To Town Centre 2 Miles, (and in the opposite direction) To Golf Course; (the intersecting road is labled) To Indian School. The title of the drawing indicates that this proposed park is River Lot 56 (approximately 270 acres). The Sturgeon River is also indicated on the plan. There are a series of eight B&W polaroids surrounding the drawing with reference numbers beside them corresponding to reference numbers (with red directional arrows) on the site plan. Most of the photos were taken in September 1963.

File consists of photographs of Frank Gay, a guitarist, lutenist, and composer. He is most famous for being a string instrument builder, particularly his Gay guitars, used by many famous musicians. The photographs cover such topics as Victor Post learning to play guitar from Gay, Gay playing the guitar at various places, and guitar construction. Also included are photographs of Flamenco guitarist, Carlos Montoya, playing the guitar on stage and chatting with Gay and others. Montoya was Gay's friend and used Gay guitars. Also consists of Gay's funeral booklet, an undated audio cassette, and some photocopies of articles about Gay, with one coming from the Guitar Player magazine, Aug. 1988. 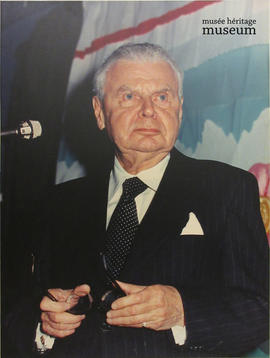