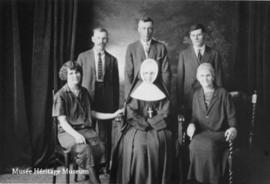 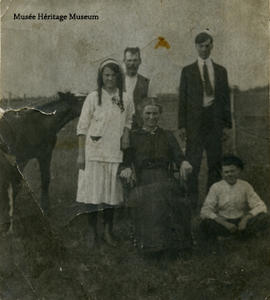 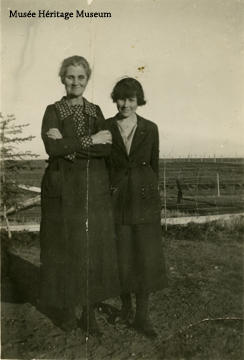 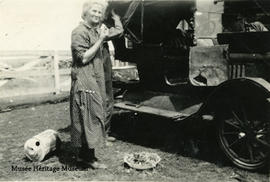 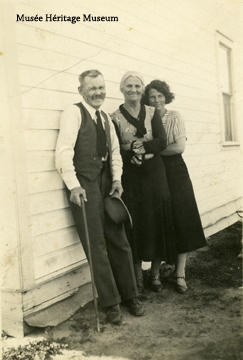 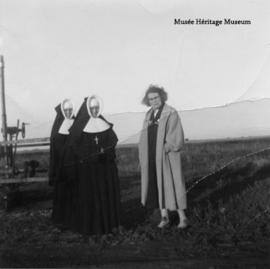 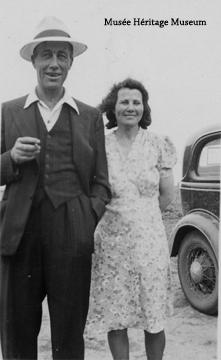 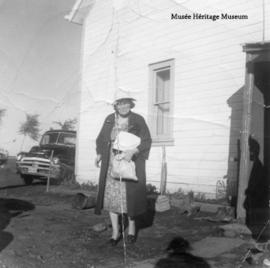 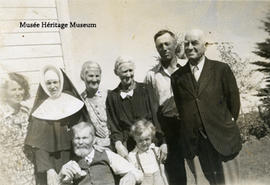 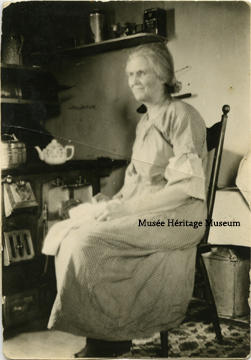 Sister Jeannette McDonald was born August 31, 1902. In 1923, she entered the novitiate of the Sisters of the Assumption at Nicolet, Quebec, and became known as Sister Marguerite d’Ecosse. She taught in in schools around Alberta and Saskatchewan from 1926 to 1968. In 1977, Sister Jeannette retired to the convent in St. Paul, but entered the Youville Home in St. Albert following a stroke. She passed away on March 2, 1983.

Angus James McDonald James was born June 7, 1905. He married Cecile Veness in February 1938 and they had two children, Joan and Donald. Cecile Veness was born on July 13, 1909 to Walter Veness and Rose Anna Leonard. Both were involved in the St. Albert community. Angus McDonald was a member of the Lions Club and the Knights of Columbus. Starting in 1958, he also served as a trustee for the St. Albert School District No. 3, and he later became chairman of the Board of Trustees until 1961. Cecile Veness belonged to the Women’s Institute, the Altar Society, the Catholic Women’s League, and the St. Albert 4-H Clothing Club.

This fonds consists of photographs of the McDonald family.