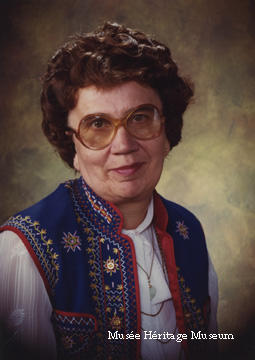 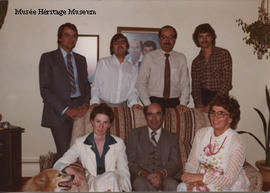 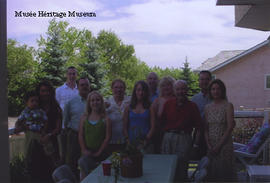 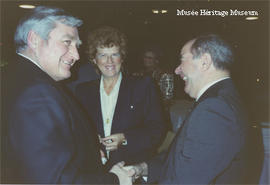 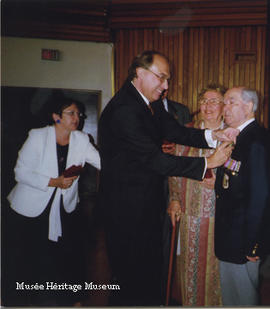 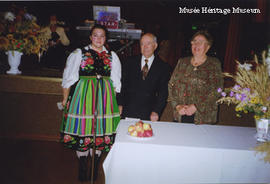 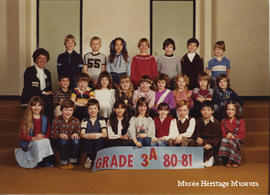 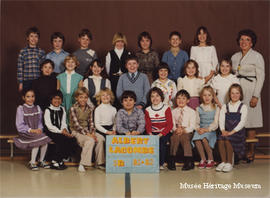 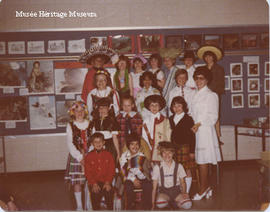 6 cm of textual and other materials.

Maria Alina Łukaszewicz was born in 1925 in the village of Haciszcze Wielkie in Poland. Her parents were Antonina and Władysław Łukaszewicz. She was taken away to a camp in Siberia called Poldniewica with her family in February of 1940. At this camp in Siberia, Maria Łukaszewicz met her future husband Aleksander Romanko. After several years in an isolated forced labor camp, Łukaszewicz joined an exodus of Polish civilians through the southern USSR (including another stop of several months of forced labor in Uzbekistan) into Persia and southern Africa, where she lived in a Polish refugee camp in Rhodesia for several years, and the United Kingdom. In 1948 in the United Kingdom, she was reunited with Aleksander Romanko and they were married on April 30, 1949. In 1951, her first son was born, Bogumił, and in 1954 her second son was born, Lech Julian. She arrived in Canada in 1955 and the family lived at a friend’s place and rented a farm at Mystery Lake, Alberta. The family later moved to Edmonton where Maria Romanko studied education at the University of Alberta. In 1957, Maria Romanko was given a position as schoolteacher at Father Jan School in St. Albert, Alberta and she later taught at Vital Grandin School, St. Albert, Alberta. In 1960, she gave birth to a third son, Marek and in this same year, the family moved from Edmonton to St. Albert. While teaching, Romanko pursued a Bachelor of Education part-time and she earned the degree in 1968. In 1980, Romanko left Vital Grandin School and began teaching at Albert Lacombe School, St. Albert, Alberta. She retired in 1985.

Maria Romanko and her husband were actively involved in Polish Canadian community organizations. Some of the organizations in which Romanko participated included the Edmonton Polish Students Club, Polish Culture Society, Polish Academic Club, Polish Women’s Federation, St. Teresa Mission Circle, Sodality, and the Polish Combatants Association. The Romanko’s also played a key role in the development of a Polish Bilingual Program in Edmonton. During her teaching career, she would include Polish heritage in her students’ studies. To assist in her teachings on Polish heritage, Romanko wrote and published Polish Heritage in Alberta as well as an accompanying workbook. She had a unit on Polish heritage accepted as a Social Studies unit for Alberta Public Schools. In 1989, Romanko volunteered in the archives for the Polish community of Edmonton. After working on the archives for three years, she wrote an article in 1991 entitled “Opening of the Canadian Polish Congress Archives”, published in Heritage Links. In 1993, she worked in the archives for the Polish Holy Rosary Parish.

This fonds consists of one published and one unpublished manuscript by Maria Romanko as well as photographs of Maria and Aleksander Romanko's family and Polish community activities.