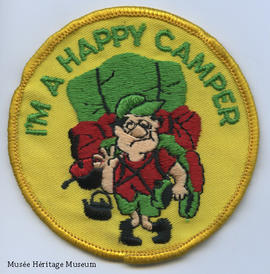 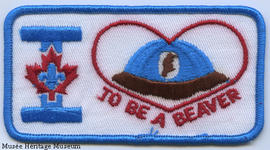 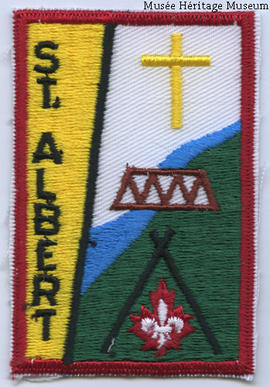 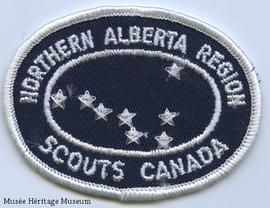 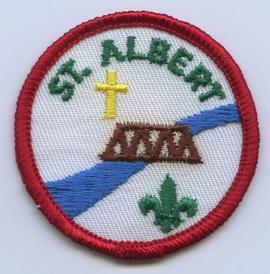 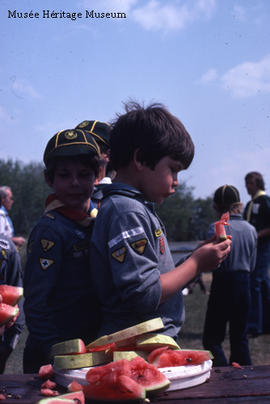 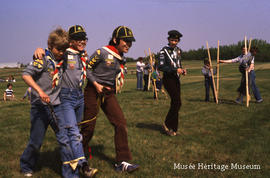 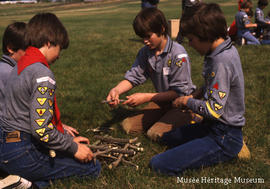 In 1961, the Landing Trail District was formed with the boundaries being North Saskatchewan River in the south, Highway 28 in the east, Highway 43 in the west, and North of Westlock to Farley in the north. St. Albert was in the centre of this new district and was the focal point for Scouting in the district. Landing Trail District's inaugural meeting was on Oct 24, 1961 at the Community Hall in St. Albert. Albin Henry was President, Richard Fowler was District Commissioner. The first Scouting groups in St. Albert were the 1st St. Albert and 2nd St. Albert, which used the basement of the Catholic church as their Scout hall.

On June 6, 1977, St. Albert was ratified as a District in its own right and the name for the District was chosen as "St. Albert District." Phil Sturgess was the President and Chairman, and Colin Ford was the District Commissioner. During the early period of Scouting, St. Albert Cubs and Scouts camped on an island at Island Lake. The island was renamed Nickerson Island after Leo Nickerson died at the Island Lake trying to rescue a Cub from drowning. The Leo Nickerson School is also named for him. In 1987, the first St. Albert District "Camp Bones Wolf Cub Camp" was held at Skeleton Lake. Four separate camps over a month period were held each year from then on through to 1994. In the 1999-2000 year, St. Albert had approximately 450 youth members and 130 adult members.

This fonds consists of records pertaining to the St. Albert District Scouts. Records include certificates, Scouts badges, brochures and posters, photographs and slides.

Related collections items can be found in the collections database under accession 2015.30.